A land rich in history, traditions, culture, colours and flavours. Umbria: the green heart of Italy.

Montefalco is Sagrantino; Sagrantino is unique, it is different; the difference is … opportunity.

Montefalco was an important municipality at the time of the Romans for its dominant position on the valley between Spoleto and Perugia. Since the 11th century aD Montefalco saw the flourishing of the municipal civilization and then the Renaissance. During the long struggles with the neighboring municipalities between the thirteenth and fourteenth centuries, Montefalco took often side of the papacy against the ghibelline family “Foligno de’ Trinci”.

This family ruled the city for about 50 years until, in 1424 aD, Francesco Sforza succeeded to free it. The regaining of freedom produced the elaboration of the municipal Statutes and a true “renaissance” of the arts and the economy. In this period Montefalco owned the urban connotation of its historic centre and its artistic development that, in the middle of the Renaissance, touched his heads with the works of Benozzo Gozzoli. After having regained and lost its freedom, in 1848 aD Montefalco received from Pope Pio IX the title of “City”.

Montefalco contains a rich heritage of arts that makes it an essential reference for the knowledge of Umbrian painting.

Beginning with the church of San Francesco, which is now a museum, built between 1335 aD and 1338 aD by the Minor Conventual Friars. The museum is divided into three exhibition spaces: the former church, famous all over the world for the cycle of frescoes realized between 1450 aD and 1452 aD by Benozzo Gozzoli, depicting the history of San Francesco. Here are also preserved a Nativity of Perugino (early XVI century), and frescoes of Umbrian school, the Picture Gallery, with works of Francesco Melanzio, Antoniazzo Romano and paintings of Umbrian school from ‘300 aD to ‘700 aD, the crypt, with archaeological finds, other sculptures and fragments from various eras.

The circle of its walls is really compact, the ring, still well preserved, belongs to the thirteenth century and was restored in the fourteenth century with interventions of Lorenzo Maitani. The medieval structure of the village is dominated by the church of Sant’Agostino, built together with the convent in the second half of the XIII century above a small building entitled to San Giovanni Battista, with inside frescoes of the school of Ambrogio Lorenzetti and Bartolomeo Caporali.

In addition to the fifteenth-century Pambuffetti palace, along the main road there are Tempestivi palace, erected in the sixteenth century with an ashlar portal and today the seat of the municipal offices, and Langeli palace, with inside frescoes of school of Zucchini. In the Town Square there is the City Hall, built in 1270 aD, then enriched by the lodge and the nineteenth-century interventions on the facade (with the addition of the bell tower and the crowning fastige).

In the square there are also the small church of Santa Maria de Platea, among the oldest buildings and used as the first seat of municipal public meetings, and the former church of San Filippo Neri, then turned into theater. The Romanesque church of San Bartolomeo deserve to be visited, with the nearby door of Frederick II of 1244, and the church and convent of Santa Chiara with paintings of Umbrian school of the fourteenth century. Nearby there is the church of Santa Illuminata (XVI century), with niches frescoed by Francesco Melanzio, and the convent and church of San Fortunato (XV century) with frescoes of Benozzo Gozzoli and Tiberio d’Assisi.

Montefalco, together with Giano dell’Umbria, Gualdo Cattaneo, Bevagna and Castel Ritaldi, belongs to the Sagrantino road, a path to appreciate one of the finest wines of the land of Umbria. 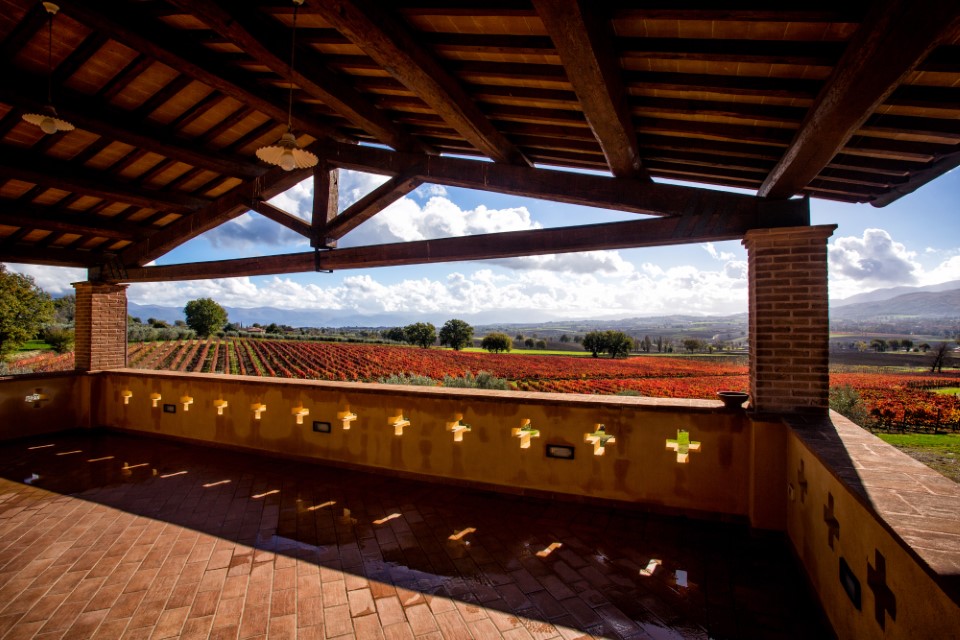 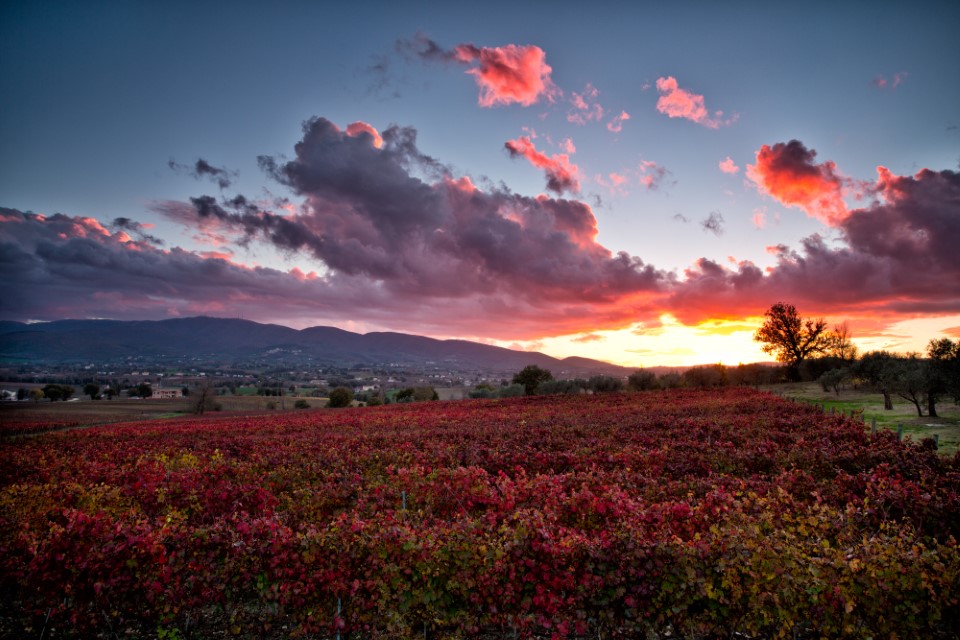 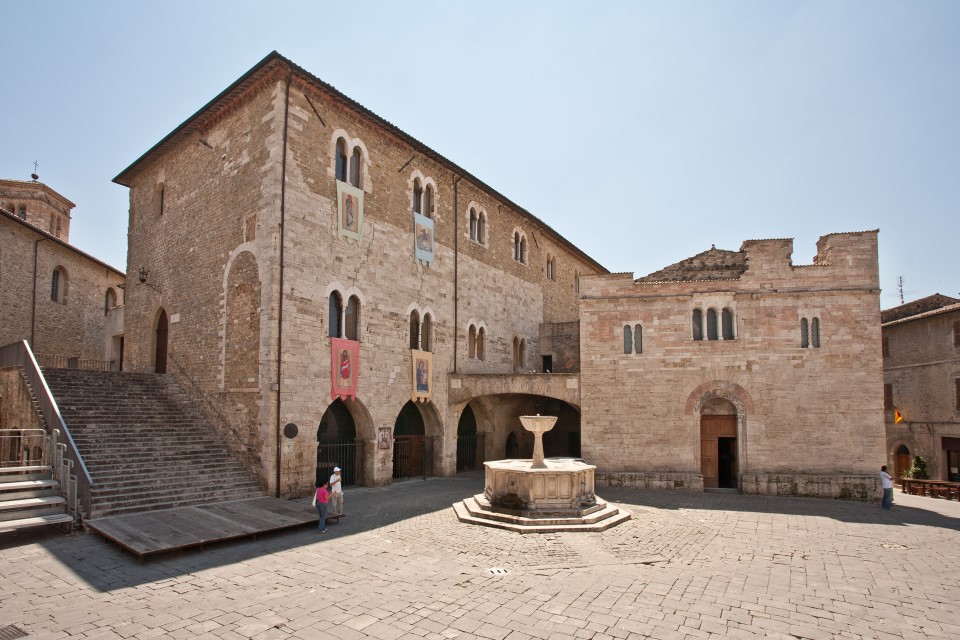 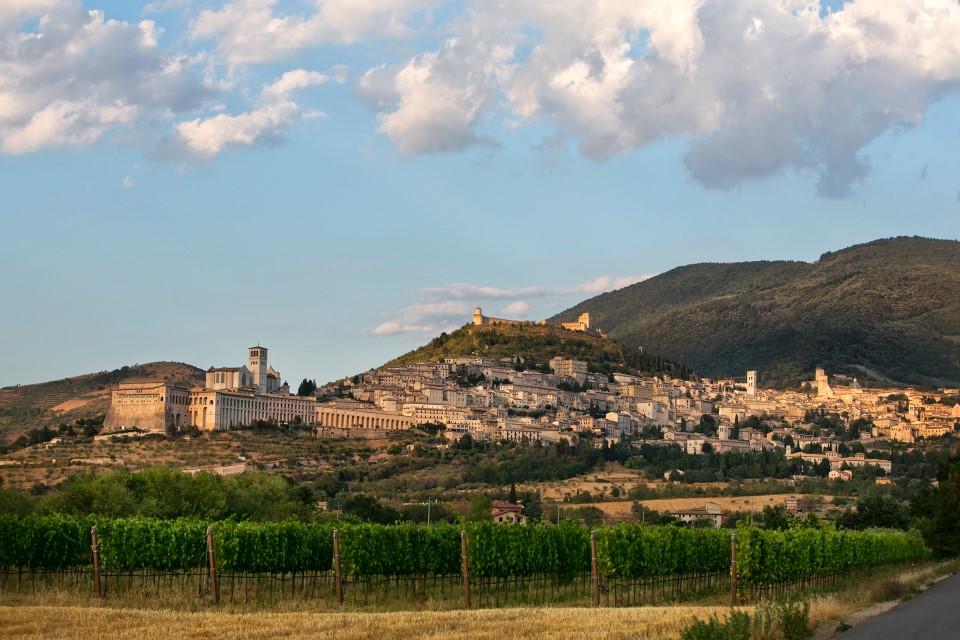 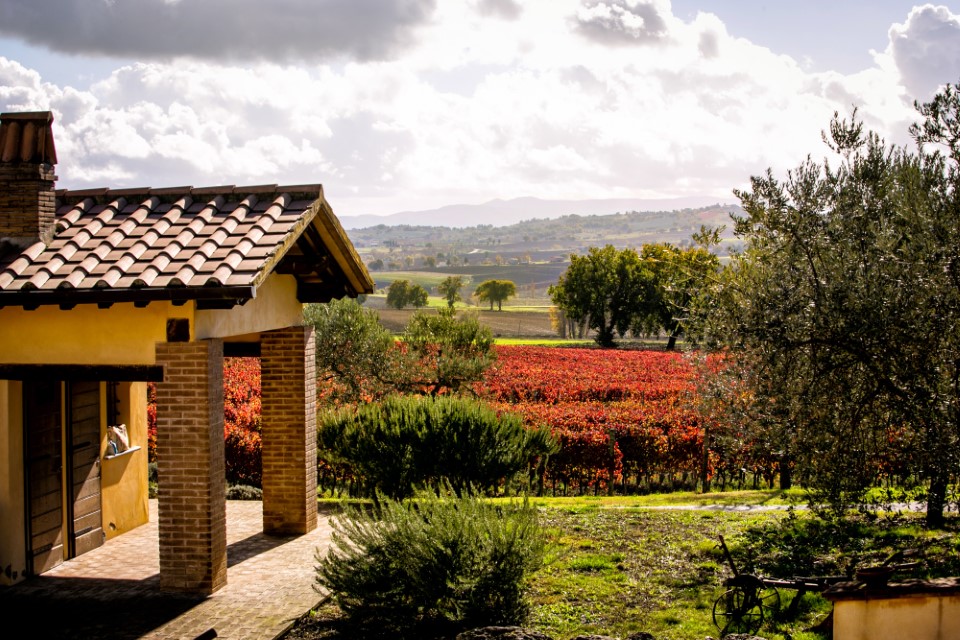 All the orders of the online shop will be processed from the date of January 8, 2021